Those Sneaky Salesmen and How To Get Around Them

Sneaky salespeople are everywhere. But a good dose of skepticism can help you protect yourself from getting tricked into buying a product you don't want. Here is my experience with one salesman and an analysis of the tactics he tried on me.

Home / Dating / Those Sneaky Salesmen and How To Get Around Them

Sneaky salespeople are everywhere. But a good dose of skepticism can help you protect yourself from getting tricked into buying a product you don’t want. Here is my experience with one salesman and an analysis of the tactics he tried on me. 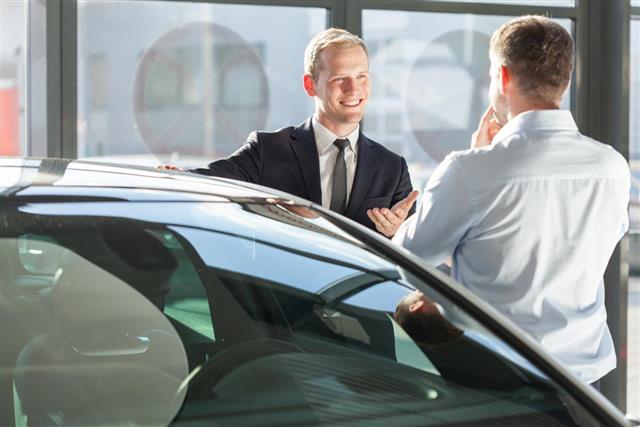 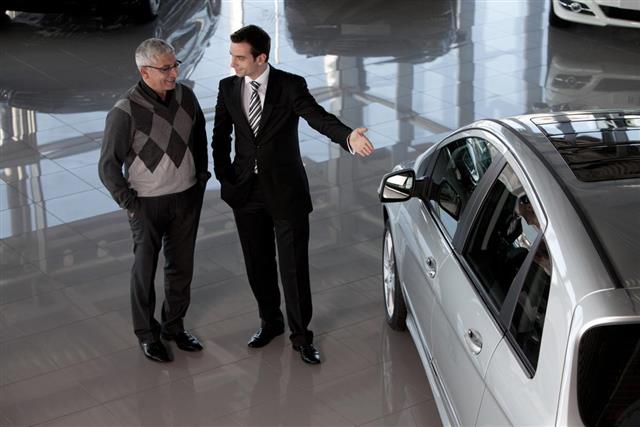 A couple years ago, my father was looking at buying a new car. We went to a few different dealerships, including a local Nissan dealer where we encountered a young, rather slick-looking salesman named Tony. Tony looked like the type of guy who could sell two quarters for a dollar, and have you smiling on the way out the door. Thus, the second my father made a positive remark about a Nissan Sentra in the lot, Tony promptly launched into rapid-fire sales mode. In the span of about two minutes, he showed us the entire car inside and out, even describing the function of the metal ridges on the bottom side of the hood. I don’t remember much specific about what he said, but I do remember that by the time he finished, I was under the impression that the car could fly and do my laundry in addition to its normal functions. My father told him up front that he was in the beginning stages of his search, and was not ready to purchase anything yet. But that didn’t deter Tony, who had the paperwork ready and waiting in his office.

My father reminded him again that he wasn’t ready to buy anything, and that anyway the price was a bit higher than he wanted to spend. This must have jogged Tony’s memory, as he suddenly remembered that they had a used car in the lot of the same make and model of the one that my father liked. He promptly took us back to the lot to show us. It didn’t look very used. In fact, according to Tony, the car had belonged to a little old lady who only drove it to the grocery store once a week―you know, like every other used car on the planet. Predictably, she passed away, and now the car was available at a can’t-beat price.

After showing us the car, we once again went to the office to listen to Tony’s sales pitch. I noticed that the can’t-beat price was surprisingly high―in fact, there was almost no difference in price between the barely-driven, dead-old-lady-mobile and the brand new car he showed us earlier. To listen to Tony, though, this was a once-in-a-decade opportunity―a real bargain that, by sheer coincidence, was available to us. My father, for the third time, reminded Tony that he wasn’t interested in purchasing a car yet, would consider it after looking at other vehicles.

Tony had him fill out some contact information, which he went to photocopy. On his way back from the photocopy machine, he stopped and talked briefly to another salesman. If I had to guess, the conversation was probably along the lines of, “Hey, how’s it going?” “Great. Talk to you later.”

Tony came back, sat down, and handed my father a copy of the form he had just filled out. “Yeah, I thought so,” he said, looking like he was really concerned. “Someone else is interested in that car. I don’t think I can hold it for you past today.”

My father, who has plenty of experience dealing with car salesmen, didn’t fall for the last-ditch pressure. In the end, much to Tony’s chagrin, he didn’t buy a Nissan. He bought a Hyundai, which was the car that fit his budget and needs. He took his time and made a good purchase.

Dealing with the Tonys of the world can be a challenge, especially when people go in unprepared. High-pressure sales pitches are designed to get you to commit your hard-earned money to a product or service without seriously considering other alternatives. Salespeople use a variety of tactics to scare, shame, and even trick people into feeling that they must buy that particular product immediately.

Tony used several common tactics to try to get my father to buy a car from him. The first tactic he used was a variation of the shotgun approach―also, incidentally, used by psychic mediums to ‘talk to the dead’. This involves inundating the prospective buyer with a huge amount of information at a rapid pace. Dazzled by the sheer amount of information, the buyer doesn’t have time to consider how much of it is unique, or even relevant to his purchase of the vehicle. This tactic leaves the impression that the car has an impressive amount of features, and makes it difficult for the buyer to ask about anything specific. This tactic is also often used with numbers: throw a lot of figures and complex mathematics at a buyer with the intent of confusing them.

When the shotgun approach didn’t work, Tony transitioned into another tactic: the ‘great deal’. This is intended to portray a similar product at a similar price as actually being a huge discount. The story of ‘the-little-old-lady-and-the-car-that-was-only-used-once-a-week’ was a setup for this approach. Maybe the car really did belong to a little old lady, though, color me a skeptic, I seriously doubt it. Even if it did, however, the proof is in the price: in this case, there was barely a difference. The back story was merely a bit of misdirection, creating the mystique of the ‘great deal’.

Finally, Tony ended with the ‘you have to buy now’ schtick, which comes in various forms. In this case, he used the ‘great deal’ as a springboard to the ‘buy now’ piece by telling us that someone else was interested in the car, and that it would probably be sold if we didn’t buy it right away. This ploy is also common, and comes in other forms, including threatening to jack up the price if the purchase isn’t made immediately―though this is often couched in a one-day only ‘discount’, or claiming that there is a sale that is ending that very day, or, similar to Tony’s approach, claiming that they only have a few left in stock at the current, cheaper price.

The above anecdote provides just a few examples of how some unscrupulous salespeople attempt to pressure people into a purchase. In this case, Tony was sneaky. Some sales practices, such as the ‘bait and switch’, border on being unethical, and probably should be reported to the Better Business Bureau, or the local Chamber of Commerce.

As a consumer, vigilance is the main weapon against these types of tactics. Before going to purchase major goods, whether a car, an expensive camera, or a new television, make sure you do plenty of research. Figure out specifically what type of product you want. If you don’t know what you want to begin with, it’s easy to be sold on almost anything. When you are dealing with the salesperson, don’t be intimidated. If a salesperson is speaking too fast, have him/her slow down. Interrupt if you have to. Stick to your guns on the type of product you want, and on your purchase timeline. If you are not ready to make a purchase yet, tell the salesperson up front. Continue to tell them if they don’t seem to ‘get it’. Most importantly, be skeptical! Is the great deal really a great deal? Is there any logical reason why the price should be cheaper today than tomorrow? Are the features really unique to the product, or is the salesperson just throwing a bunch of jargon at you? Analyze what you’re being told, and don’t take anything at face value.

The final and best way to deal with these types of salespeople is not to. There are plenty of ethical, helpful salespeople out there who genuinely try to help the customer make a well-informed decision. There will always be sales pitches. That is, after all, the job of a salesperson. Many of them, however, go out of their way to meet the customers’ needs, rather than trying to trick the customer into meeting theirs. If you run into a “Tony,” go somewhere else if you can. Why give money to someone whose only concern is his own commission? When it comes down to it, you have to live with the product. He only has to live with your money. 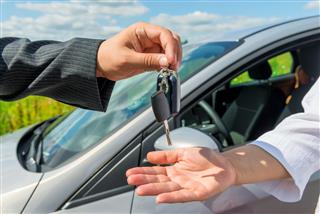