Situational leadership implies leadership that is influenced by the competence, skill set, and maturity level of the subordinates. SocialMettle talks about this concept in detail, its criticism, along with a few everyday examples. 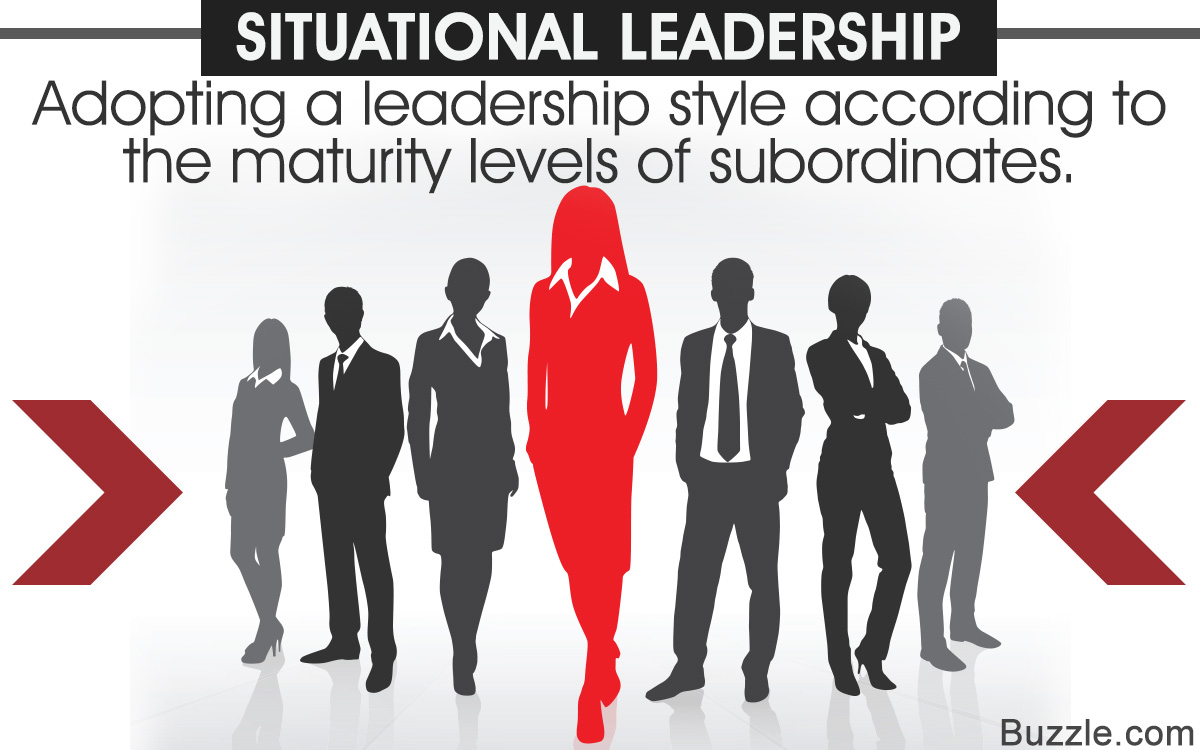 Situational leadership implies leadership that is influenced by the competence, skill set, and maturity level of the subordinates. SocialMettle talks about this concept in detail, its criticism, along with a few everyday examples.

The situational leadership theory was developed by P. Hersey and Kenneth H. Blanchard. They have explained the theory in their books The Situational Manager and Leadership and the One Minute Manager, respectively.

Someone has quite rightly said uneasy lies the head that wears the crown. Being a leader is not an easy task. A leader has to shoulder many responsibilities; albeit, he has been conferred to do so. Defining leadership or how to be a good leader in one line can be tough ask because he has to be multidimensional and possess many abilities.

Throughout history, many famous and prominent people such as King Alexander, Mauryan King Ashoka, Julius Caesar, Franklin Roosevelt, etc., have taught us leadership lessons. Many researchers have studied leadership and formulated theorems and models on good and efficient leadership styles. The situational leadership theory by Hersey-Blanchard states that every employee has to be treated differently according to his/her capabilities, to harness his potential in the best interest of the organization. Being flexible and adapting to the situations is more important. This theory tells you that any leader should have varied approach while dealing with different levels of employees.

This style of leadership demands the employees to act as per the directions given, without providing much scope to the employee to analyze or take decisions on his own. In this method, the employee follows whatever is told to him.

In this type, the leader ‘sells’ his ideas, and leaves the implementation to his subordinates. Such employees are good followers, but lack commitment to come up with new ideas.

In this style, the leader simply monitors the performance and lets the employees come up with new ideas and strategies. The leader supports and does not have much of a directive role in this case.

Delegating simply involves entrusting the employee with completing the task, where he is given whole authority and right to perform the task.

When Should They Be Employed

Development Level of the Employees

Maturity Level of the Employees

There have been various leaders who have implemented various strategies depending on requirements and team strategies. We may even have examples of everyday life, where we have to take decisions regarding our approach in leadership style.

Example 1
For example, an infant is learning to walk. At first, the parent will guide the infant and even help him. However, as he grows, the parent has to just monitor, and let him choose his path. With further progress, the infant learns to walk on his own, and the parent will not need to either direct or monitor him.

Of course, it implies, that with training and motivation, a subordinate will improve, and according to the changing situation, the leader can change his style―being less directive at every step.

Example 2
An emergency room in the hospital demands the leader to be authoritative. In this case, the leader, considering the emergency, has to direct his subordinates completely, using his skill and expertise. Another situation can be a war situation, where the military commander might have to direct the troops to follow a particular strategy, in case the situation demands it.

Example 3
On the other hand, you have an assignment to complete; however, another commitment crops up that requires you to be present. You choose to assign that task to an equally competent associate of yours. In this case, you need to ‘delegate’ the work, and show complete trust, without interfering in his/her style of working.

Pros
This breaks the traditional stereotype pattern of leadership, and considers the skill set and maturity level of the employee, and demands the leader to take decisions according to the situation.

Cons
Since the theory demands the leader to adopt different strategies at different periods of time, the leader may lose focus and time for developing important strategies for growth, expansion, and other plans vital for the development of any organization.

◾ Situational Leadership theory has its own negatives, too. Firstly, it merely instructs the leader/manager to modify his theory according to the parameters of competence and commitment. How viable is this remains to be answered. Can employees be judged on the basis of two parameters only? Is it always possible for the manager to judge the parameters of the employees? What is the yardstick for determining maturity?

◾ Furthermore, the biggest criticism of this theory is that if there is no consistency in the behavior of managers, it will lead to confusion and misunderstanding. It leaves room for ambiguity, and whether simply defining the role can be said to be exhaustive in case of responsibilities of a leader ?

◾ The theory ignores interpersonal relationships between leaders and their subordinates.

◾ Moreover, every situation has different demands. The theory simply tells the leader to change his leadership styles according to the parameters given. However, like any situation, every task is different. Every leader, his strategy to lead, his working style, is different. So merely classifying it into 4 models is not enough.

◾ This model describes the style of leadership on an individual basis. It tells nothing what the leader should do when he has to lead a team to perform the task, each with varying levels of competencies and commitment.

Thus, this theory cites different permutation and combinations, wherein you can adopt different strategies depending on the maturity level and competence of the employee. Though it has been met with criticism, it has certainly shed new light on leadership techniques and can be implemented at some levels.