She can be quite charming yet manipulative, she is an eye-stopper in many parties, she is clever, strong, and independent. If you can relate to any of these traits, chances are you may be an alpha woman. If you want to develop typical alpha female characteristics in your personality, then read this SocialMettle article to identify the personality traits of an alpha woman.

She can be quite charming yet manipulative, she is an eye-stopper in many parties, she is clever, strong, and independent. If you can relate to any of these traits, chances are you may be an alpha woman. If you want to develop typical alpha female characteristics in your personality, then read this SocialMettle article to identify the personality traits of an alpha woman. 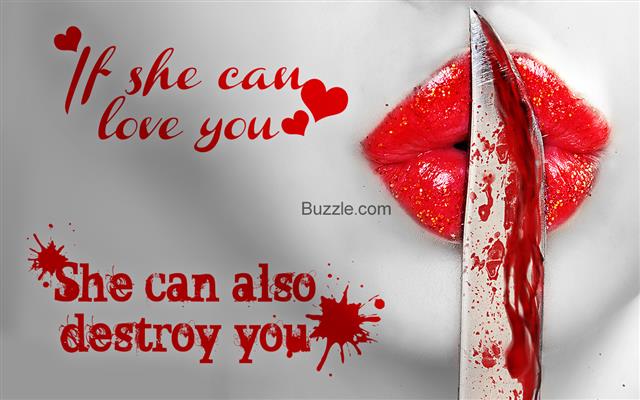 New York-based psychotherapist Dr. Sonya Rhodes, in her new book The Alpha Woman Meets Her Match: How Strong Women Can Find Love, Success and Happiness Without Settling, suggests that alpha women should not date their alpha counterparts but rather beta males.

From Angelina Jolie to Oprah Winfrey, Hilary Clinton to Queen Elizabeth, and let’s not forget ancient Egyptian queens, they all are known to exhibit some sort of charisma and confidence which helped to attract umpteen number of followers wherever they go. Our world is filled with strong, powerful women making their presence felt in the fields of entertainment, science, politics, and business. Men generally don’t hide their alpha nature; likewise, lately, a lot of women are embracing the inner ‘Alpha’ within them to speak their mind and conquer the world.

So who is an Alpha woman? Somebody who is the leader among females, she maybe an inspiration to some women, while others loathe her success and confidence. Some feel threatened and intimidated by her presence, because she is a no-nonsense lady and does not like to indulge in playing mind-games. It is definitely a new era for women who are ambitious and driven to achieve their goals. So what makes her so mysterious and bold? Let’s unveil the typical alpha female characteristics.

According to an alpha woman, you reap what you sow. If one does not put in tremendous effort to achieve what they want, then they should not expect success. It infuriates her when people crave for success, fame, and money, but do nothing to achieve them; she loathes that laid-back attitude.

She believes in putting efforts, planning, organizing, and sacrificing to accomplish her goals. She is also practical and a realist when it comes to dealing with life. She does not sugarcoat situations. She takes life as it is, appreciates the good times, and takes a lesson from any failed relationship or a deal.

Does Not Believe in Whining

Complaining and whining about any particular condition is a strict no-no for her. An alpha woman is of the view that whining won’t improve anybody’s situation or won’t help to eradicate any negative circumstances. Instead, she works to find a remedy of that problem. To crib about a certain thing is lame and a total waste of energy, instead she believes in investing this energy into something productive and challenging.

I am sure most of us can associate with this peculiar trait. Believing in yourself no matter where you stand is one of the biggest assets anybody can possess. Confidence is not a bad thing, but there is a fine line between arrogance and confidence.

A true alpha woman knows the difference very well, she portrays her confidence without appearing patronizing, confidence does not mean the desperation to be right always. She is confident in her own skin, style. Confidence does not mean boasting about your skills, it’s about proving. As Margaret Thatcher quotes, “Being powerful is like being a lady. If you have to tell people you are, you aren’t.” New opportunities knock at your door, and you have the self-assurance to utilize them.

For you, everything is a competition, “oh, that clerk in the office got promoted? I must work hard to lay my hands on the next project.” You have this desire to be a winner all the time, you detest losing. For you, life is like a race which you have to win, and you perceive other alpha males to be your competitors, that’s why they say an alpha male and female will never get along with each other. She won’t be ashamed to admit the fact that she’s out for blood.

An alpha woman smiles with her eyes as well as lips, she walks with her head held high, with poise, and confidence. If you ever notice an alpha woman, she will never scan the room, because she is aware that all eyes are on her. While talking, you will have her attention, maintains a fixed posture. A recent study claims that an alpha woman’s ring finger and index finger are equal in length.

She is bossy and has a clear idea about what she wants from life and the people around her. She won’t hesitate, neither will she have second thoughts to place her demands in front of you, no matter how ridiculous they may sound. You should be responsible for your actions, and not blame others for it. Being indecisive and confused does not suit her personality.

She likes to be control at all times, in all aspects of her life, be it her relationship, work, and her family. She likes to take the driver’s seat and lead others.

Well, every individual should possess this quality, who said that it’s a crime if a woman earns more than her spouse, brother, or her father? She is pretty cool with the idea of a man sitting at home and taking care of their kids and house while she is the bread-winner of the family. She hates such outdated and sexist philosophies. She is of a strong opinion that gender should never determine a person’s earning capabilities. It should be measured by the qualification each individual possesses.

As mentioned before she loves to be in charge of everything. It is like a second-nature for her, being in power means taking charge of one’s life. She is highly intelligent and never underestimates her capability to complete any given task. Power also means helping out others to unleash their talent, which will help to serve her cause.

These women have lot of charisma in them, its like the moment they were born all the hospital staff was also in awe of this baby. Celebrities like Angelina Jolie has the power to attract so many spectators just because of her one look. Alpha woman is very charming, knows how to engage somebody in a healthy and intelligent conversation. She will sweep you off your feet, but yet won’t be easygoing. So if you have your eyes laid on an alpha woman, be prepared as she plays hard to get.

She believes in equality and wants the world to treat both man and woman equally. She simply hates the idea of being a damsel in stress. In fact, she likes the idea of being a dominant dame in any relationship. A woman should never lose her individuality, her voice, her attributes just because she is a woman―this is so passé. Men prefer women who are clever and they welcome such women. She comprehends men just like other human beings, no more, no less.

She does not like depending on anybody for that matter, and likes to do things her way. She is not passive when it comes to problems. Being independent in her life and teaching others also to be independent can be her life’s motto. She won’t be insecure about anything and won’t keep tabs on her partner because she has other things to occupy her.

This is her priority, to excel in her field of work and to be an expert. Relationships, marriage, children take the last place in her life. She is a workaholic. She wants a career that helps her to establish her self-worth, plus contribute more to life. Her career is a platform to display her talent to the world. Self-actualization and self-fulfilled are the characteristics which makes a woman more appealing. Nothing delights an alpha woman to be on her own and control her fate.

A few other common traits observed in alpha women are excellent communicators, possess a keen eye, and are good at sarcasm. They have the wit and mindset to drop in a sarcastic comment or make a comeback in regular conversation. In short, an alpha woman is truly an epitome of women in the 21st century. She is comfortable in her heels, has a brilliant sense of humor, attracts a crowd wherever she goes, and has a high profile job which many just dream of. 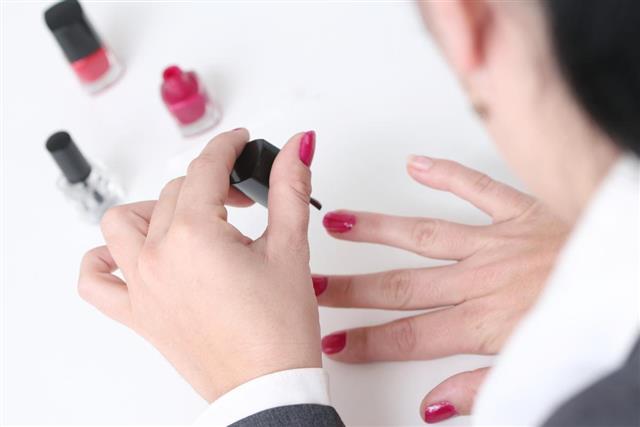