What Does the Hazel Eye Color Speak of One’s Personality

Hazel is a very rare eye color. This article tells you the genetic factors that determine the reason of having this beautiful eye color. 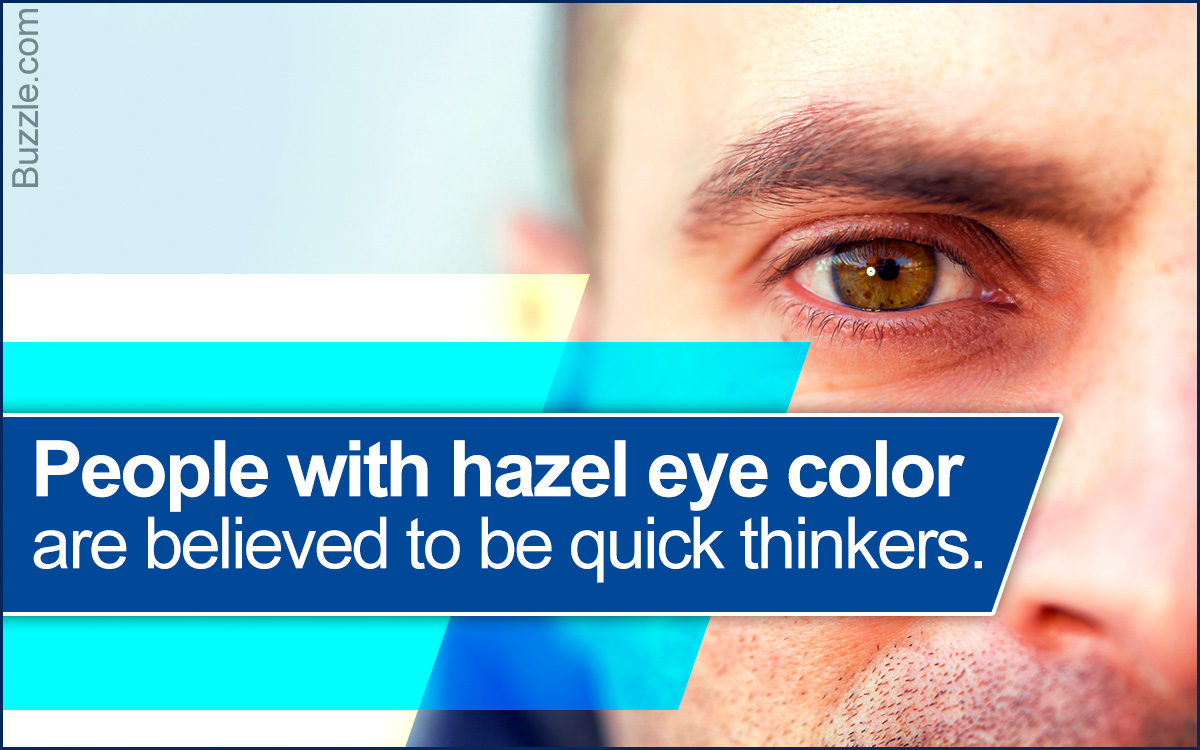 Hazel is a very rare eye color. This article tells you the genetic factors that determine the reason of having this beautiful eye color.

The human eye is fascinating, not only due to the power of sight that it gives us, but also the sheer beauty of this feature of the human body. Eye color is a polygenic phenotypic trait, which means it is an observable physiological characteristic that is inherited and results from the interaction between genes. There can be many genes that influence the eye color and exact number of genes still remains unknown.

A lot of people are very confused about what hazel eye color is? It is defined as an eye color that is shade similar to the color of the hazelnut shell, which makes it similar to light brown or golden brown to a shade of golden with tinges of green and yellow. In the North American continent, when someone says that their eye color is hazel, it is automatically associated with an eye color that appears to change colors on the basis of the light reflecting off the eyes. Therefore, the eyes are metamorphose depending on the light in the environment, and also the clothing that they are wearing. It is one of the rare eye colors and in found mainly in people who are native to South and East European nations and also people from Britain.

Genetic study has determined that people who have hazel eyes due to the combination of Rayleigh scattering (the same phenomenon that causes the hue of blue that is noticed during daytime) and the amount of melanin surrounded by the iris. A number of studies have determined that hazel is the medium color between brown and dark brown. This is the reason that there can sometimes be an existence of a multicolored iris. There are people with hazel eyes, who appear to have specks of amber or gold when their eyes are noticed in sunlight. This is mainly because the eye is light brown or amber near the pupil area and has shades of dark green or charcoal at the outer part of the iris.

In a very clichéd manner, eyes are called the windows to your soul. In behavioral psychology, professionals define many aspects about a person on the basis of the reaction of their eyes. In fact there is a branch of study called iridology that studies a person’s iris, pupil, and sclera to understand any health related problems that a person may have. There are studies that have concluded that people who have dark-colored eyes are more proficient in social skills as compared to light eyed people. According to perceptions that people have about hazel eyes, there are researchers that have come to the conclusions that people believe that people with hazel eyes tend to be more spontaneous and ready to try out new things. It is believed that people with more brown in their eyes, are supposed to be fun loving, friendly, and more approachable. They are also believed to risk takers and open to challenges. If you have hazel eyes with tinges of green, then there is a possibility that people tend to believe that you have a mischievous streak and are unpredictable.

Hazel is an unusual color that is sought after by many people due to their uniqueness and the attributes associated with the color.