Is it possible for online interactions to develop into relationships that have the same level of bondage like face-to-face communication? That is what the Social Information Processing (SIP) theory speaks about.

Is it possible for online interactions to develop into relationships that have the same level of bondage like face-to-face communication? That is what the Social Information Processing (SIP) theory speaks about. 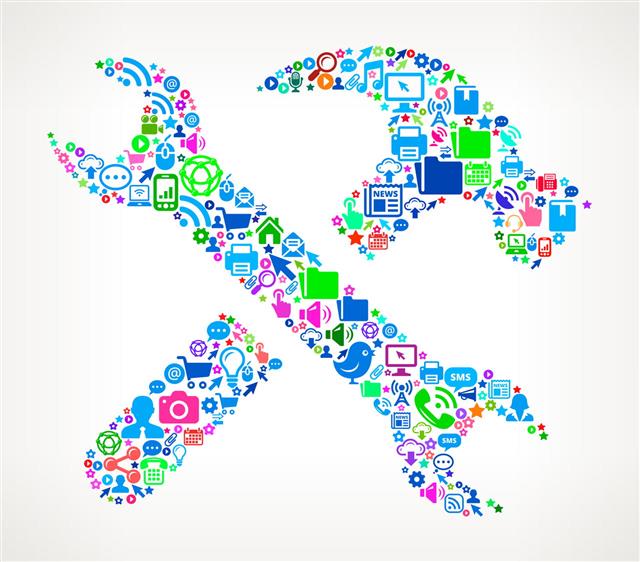 Joseph Walther was honored with the Woolbert Award in 2009 by the National Communication Association for his research titled ‘Computer Mediated Communication: Impersonal, Interpersonal and Hyperpersonal Interaction’. This is awarded to social scientists for their research articles.

Communication, today, has improved by leaps and bounds. It is easy to connect with any person anywhere on the globe, provided he has the requisite technological equipment. It has helped surpass geographical borders, and also helped us know about each other’s culture.

Communication media has played a big part in reducing our prejudices. Racial and caste discrimination has been reduced to a great extent with the help of communication. Today’s generation depends on *CMC for interaction. A lot can be done through communication media, right from discussing homework, sharing recipes, to anything and everything that you wish to share.

*CMC = Computer-mediated Communication. It consists of many different modes of real-time communication, such as e-mail, instant chatting, etc.

The Social Information Processing (SIP) theory was developed by Joseph Walther in 1992. This theory talks mostly about the interpersonal relationships between those individuals that are involved in CMC interactions. The SIP theory states that, it is possible for CMC users to develop affinity over time.

The term ‘Social Information Processing’ can be attributed to the fact that, at every level, a user divulges information, and the receiver processes the information continuously. He/she forms judgment on the basis of the verbal cues he receives. Thus, definition of SIP theory, is the theory that explains how, in CMC interactions, users gradually develop a strong bond that can be as effective as a face-to-face relationship.

Dating: Relationships Over the Internet

Many couples that have met online and dated ended up getting hitched. A study made in 2013 in the University of Chicago, that was published in the issue of ‘Proceedings of the National Academy of Sciences’, indicated that more than one-third of the marriages in the United States during 2005 to 2012 were a result of online dating. Also, according to them, these marriages prove to be happy and long-lasting.

Of course, these studies might not hold true for other cultures that are relatively traditional in nature. Thus, again, much depends on cultural background. However, such barriers are also slowly melting away these days.

This is a classic example that illustrates the concept of SIP theory. Kathleen and Joe, both assume fake identities as ‘Shopgirl’ and ‘NY152’ respectively, while mailing each other. They both develop a close bond, unaware that they are bitter business rivals in real life. Thus, despite not revealing their identities, professions, etc, while chatting or mailing, they share their innermost thoughts and feelings. Ironically, they’re at war in their professional lives. However, they realize they have fallen in love, and eventually meet, choosing to surpass the professional differences they had, during their real-life meets.

Reference of the movie with SIP theory : The characters decide the extent to how much they should disclose information about each other. Of course, there is careful analysis, and every time they interact, their bond grows stronger. Every time they offer a new piece of information, a feeling of affinity develops. More than face-to-face (FtF) communication, their communication online is much more successful, since there is no fear of being disclosed. In fact, in FtF communication, they fall prey to a web of misunderstandings, and end up being rivals. In the CMC interactions, they represent their true feelings. Eventually, over time, they fall in love due to these CMC interactions.

CMC or FtF : A sip instead of a gulp

Extended Time: Though CMC relationships are mostly based on verbal cues, over time, they develop and build strong relationships as those in FtF relationships. Though CMC users take more time than they would have in FtF communications, they do enjoy certain advantages. They take various hints and develop a character sketch in their mind on the basis of their interpretations of the other person’s writing styles: their sense of humor, frequency of replying, choice of words, formality/informality in language, etc.

Of course, today, technology has advanced so much that the users do not depend on verbal cues only. With the advent of webcams and video chatting, it is possible to read facial expressions. Many non-verbal expressions in ‘texting’, such as ’emoticons’, aid in presenting facial expressions. However, again, it is advisable to be careful, since with positive comes negative. Due to the increasing frequency of cyber crime, it is recommended to be careful before revealing personal details to an anonymous person.