Smart and Useful Tips to Meet New People Without Being Creepy

If you have trouble making new friends or nobody takes an interest in interacting with you or often mock you behind your back, it may be because you need to brush up your social etiquette and stop appearing creepy to people. 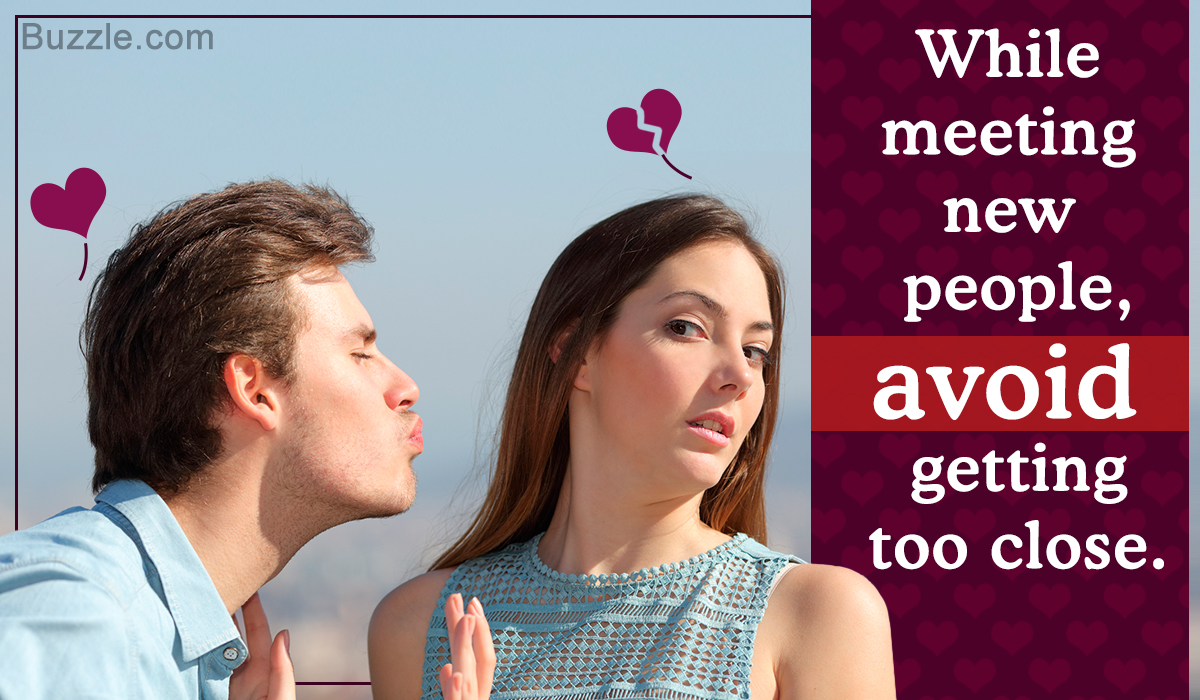 If you have trouble making new friends or nobody takes an interest in interacting with you or often mock you behind your back, it may be because you need to brush up your social etiquette and stop appearing creepy to people. 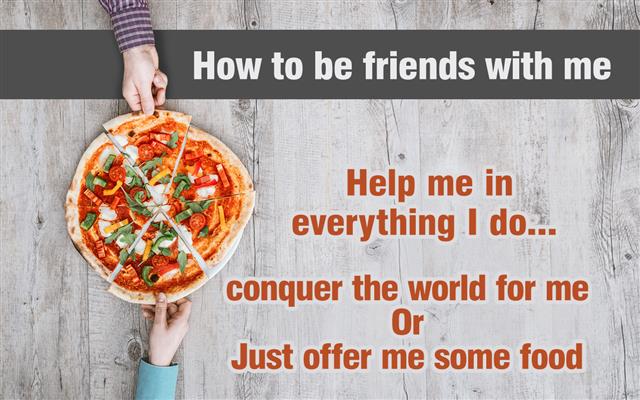 “The most important trip you may take in life is meeting people halfway.”

I have become an absolute people pleaser from being a shy girl who wouldn’t even talk to anyone other than close friends and family. Throughout my transition and even now, everyday I encounter people who try so hard to be a socialite that they just end up being the butt of jokes and criticism later. So what is it that makes some people so charming to everyone while others only end up being disliked by most. Are you one of those from the latter? Have you ever been called creepy or sleazy by someone? If yes, I could perhaps help you with tips on how to meet new people without being creepy.

Meeting New People without Being Creepy: Dos and Don’ts

Not Respecting Privacy, Ditch that : Respect someone’s personal space. Since you don’t know them at all, you are unaware of what type of behavior they may not appreciate. So, instead, be very respectful in your behavior towards the new people you have met. Don’t force yourself in to their lives. Give them time to get accustomed to you and give yourself time to get to know them better.

Instead, Do this: Everyone likes to talk about themselves but not divulge personal details to a stranger. Talk to them about general subjects like the music tracks released recently and their tastes, the best places to eat in town and their favorite cuisines, tell them about a piece of information you recently read in a magazine. It will build a connection between you and others, as you take time to discover your mutual interests.

Getting Too Personal, Ditch that : When you have just met someone and especially if you don’t belong to the fairer sex, don’t ask for phone numbers, add them on Facebook instantly or make plans for tomorrow. I have even encountered people who compel you to invite them over to your house. Now, that is super creepy! You are not best friends, don’t pretend to be one. This goes with you too. Restrain yourself from reciting your personal life dramas to everyone you meet.

Instead, Do this : If you are interested in meeting them again, instead of forcing them to make plans with you, invite them over for an interesting gig that is scheduled within the following weeks. If you don’t push it too hard and appear genuinely warm, they will be intrigued to meet you too. You can also ask your mutual friends to invite them over for a public event. Anything private can induce questions in their head. Remember, you want to appear very chilled out and friendly but not creepily friendly. Wait for at least 5 meetings until you can talk personal.

Getting Touchy-feely, Ditch that : Making physical contact with someone helps strengthen your relationship with them by stimulating feelings of trust, faith, warmth and comfort between two people. But, don’t overdo it. Especially when you meet a woman, do not cross your boundaries. She will definitely resent it if you are a man and you will be at the receiving end of the anger of her male acquaintances.

Instead, Do this : Your physical contact with someone new should not extend beyond a handshake, a pat on the back or a touch on the hand beyond 3 seconds. Keep an arm’s distance between you and other people. It will be well appreciated. Being too touchy with the opposite sex sends wrong signals. Between two women, a friendly touch can help ease up the tension of new people in your surroundings.

You are Staring!, Ditch that : When you do not know someone, it is absolutely unacceptable to stare at them. Ideally, you shouldn’t be staring at anybody. You may not have met that person at all or may have met them 10 minutes back. You will appear to be a lecherous or simply weird. It gives off a bad vibe to people around you. You will start making them feel uncomfortable with you and soon it will totally put them off. Admit it, you wouldn’t like to be stared at either.

Instead, Do this : Make friendly eye contact. If you have trouble preventing your eyes from wandering on that person’s attire or body language or contours, focus on the point between their eyebrows. It will make you appear like you are making eye contact. Your eye contact should not be a straight eye shot without blinking at all. That is abnormal. Also, don’t make constant eye contact. Look at everyone and smile (not creepily, please).

Not Monitoring your Tongue, Ditch that : While it’s one thing to be funny and cracking jokes, it’s another thing to poke fun at someone you just met. Don’t make any personal jokes on someone you have just been introduced to. You do not know them well, neither do they know you. You will only end up offending them and there will 5 other people around you who will be glaring at you.

Instead, Do this : If you want to make new friends by tickling their funny bone, do not make any personal comments on any person who may be around you or not. You never know what connections they may have with that person. Also, refrain yourself from making any political or racist jokes and especially blonde-brunette jokes when you have them around. There are many lighthearted decent jokes that do not cross the other side of the line of vulgarity. Make careful selection.

Lacking Etiquette of Speech, Ditch that : Refer to people around you very respectfully. Nobody will like it if you disrespect them without even knowing them at all. You may think it is a friendly attitude to jeer at your counterparts. But, that only goes down with your close buddies. Not everyone else. Attitude is a testimony to your character and personality.

Instead, Do this : Remember the basic rule of socialization, “You give respect, you get respect”. The easiest way to win over someone’s respect for you is to treat them with great compassion and dignity. They will admire you for your courtesy. A well-behaved person is a proof of where he/she comes from. Kids, women and everyone older to you will develop a liking for you.

Talking Too Much, Ditch that : Many people try to boast about themselves in less than appropriate ways. I have heard men bragging about their heroics, material possessions, bad boy behavior and even sexual prowess. I don’t know who will be interested in listening to that except a bunch of just as wasted and aimless people. It is definitely not something that will impress people and help you make new friends.

Instead, Do this : Sport a warm, genuine smile. Talking to someone too much will make you look clingy and excessively chatty. Nobody likes such kind of people. However, if you show interest in what they are talking, ask them questions that they would like to answer about themselves, they will instantly like you. While you listen to them attentively, wear a sincere smile. It will display your affability.

Appear Needy, Ditch that : The easiest way to put off anyone is by appearing to be too needy. If you have just met someone and you start asking for favors or any sort of help, you will put them in an awkward situation and they will try to avoid you. In a social setting, nobody likes to say no and look bad in front of others but they may not be comfortable making efforts to help someone they have never helped before.

Instead, Do this : If you meet someone who appears to be very helpful to you in near future, instead of just being selfish and thinking about your benefits, try to develop a personal rapport with them. When they are comfortable with you, may be then you can discuss your problems or needs. If they offer to help or be of any assistance to you, you can then accept their offer. This will help you appear dignified.

You must absolutely watch out for your behavior towards women. They have strong instincts and can easily tell a man’s intentions. Do not try to fool them, it will end up hitting you back my friend. If you have indecent motives, your problem is way deeper than just coming across as creepy to the people you meet.

Loners or people seen with only one or two other friends and who are too eager to meet new people, also come across as creepy and sleazy. Make sure you change that situation. You need to exude confidence but not overconfidence. Judge yourself and your actions through other perceptions and view. You will soon find yourself correcting all your bad habits. Talking to random people all the time can also land you in trouble someday. Keep a check on that habit and play it safe. You can meet new people without being creepy or sleazy, only when you appear to be emotionally healthy. Else, everyone will only try to run away from you.