The Symbolism of Kissing in Various Cultures Around the World

Kisses can have the well-known positive connotations like love, friendship, or romance, but they were also used to represent the ugliest of human kind: treason. In this SocialMettle article, we shall tell you what kissing symbolizes in different cultures and religions.

Kisses can have the well-known positive connotations like love, friendship, or romance, but they were also used to represent the ugliest of human kind: treason. In this SocialMettle article, we shall tell you what kissing symbolizes in different cultures and religions.

According to anthropologists, kissing may have started in India around 3,500 years ago. This is evident in the different sculptures and Vedic Sanskrit texts.

A kiss is touching a person or an object with the lips. It is a symbol of both friendship and affection. It usually happens between two people who know each other quite well or have feelings of affection towards each other, and the differences in meaning depend on the part of the face that is kissed.

It is often a universal act of appreciation for other people, respect, greeting, passion, love, etc. Moreover, it has been proved scientifically that it is good for your health too! Take a look at the sections below to know what significance does a kiss hold.

Kissing Symbolism
Friendship is often symbolized by cheek kissing. This habit depends on people’s culture and customs. For instance, in Europe, people kiss each other on the cheek if they are introduced for the first time, or when they are saying goodbye to each other. In many parts of France (like Bretagne, for instance), it is considered as an act of respect to give three kisses on the cheek. This is why when Americans come to Europe, they may feel awkward when witnessing or having to participate in such a ritual (they are generally adepts at hugs as an expression of friendship and fondness).
As far as couples are concerned, they may kiss each other on different body parts, depending on what they are trying to communicate. Kissing on the neck may imply a desire, a physical attraction, whereas kissing on hands may render feelings of respect and the intention to make compliments (again, this habit is to be found especially in Europe, although even here it is considered rather old-fashioned, but still an honor for the lady to receive such a kiss from a gentleman).
The kiss on the lips symbolizes the union of two bodies in a harmonious relationship; it means love, passion, desire, this type of kiss being a gesture of intimacy typical for the western civilization, but which is not practiced in all the cultures of the world.
At the beginning of Christianity, kissing was adopted by this religion, the intimate type being accepted only in the case of married couples. Its mystical symbolism included peace, love, and holy union.
The most representative myth which inspires the symbolism of kissing is that of a statue in Rome picturing Psyche and Eros hugging and kissing. Psyche was considered to be an extremely beautiful goddess, so gorgeous that they believed she might have equaled Aphrodite. Psyche was the goddess of the soul, but of the deceased ones. Eros was the god of love. The image of the two represented both the union between the Soul and the Love, and that of life and death. Also, it symbolized prosperity, as it was believed that a soul could reincarnate through kissing.
After that, kissing gains other connotations such as betrayal―in the case of Judah and his kissing of Lord Jesus before his act of treason.
Then later on, beginning with the 16th century, kissing started to gain sexual significance, being used by poets and singers in order to express their desire of women. Kisses which express love and sexuality do not depend on the body part which is kissed, but rather on the attitude shown by the kissing person.
In the ceremony of Holy Matrimony, kissing is a symbol of peace, harmony, spiritual union, love, sexuality, and prosperity. It is believed that when the bride and the groom kiss, the Holy Spirit descends upon them unifying them in front of God, through love and soul, and also as a bodily union as a sign of prosperity.
“You must remember this: a kiss is just a kiss…” Herman Hupfeld said in the celebrated movie called “Casablanca.” This may be so in Casablanca, but in real life, a kiss is not just a kiss. So, this is apparently only Hupfeld’s opinion because as has been evident from the above instances, the gesture of kissing has very complex implications.
Even in dreams, kisses may signify different things. According to dream interpreters, they may be symbols of rebirth, renewal, transformation due to the idea of the “breath of new life” delivered through the lips. Although the reference made is to God’s act of breathing life through Adam’s nostrils to bring him to life out of dust. Kissing involves a similar act of breathing into someone else, connecting with the other. And if we are to think of the symbolism of kiss in fairy tales such as Sleeping Beauty, kissing can be related to the idea of bringing back to life.

Now that you understand what a kiss symbolizes, you can now say that kiss is not just a kiss. It holds certain significance in one’s life or culture. 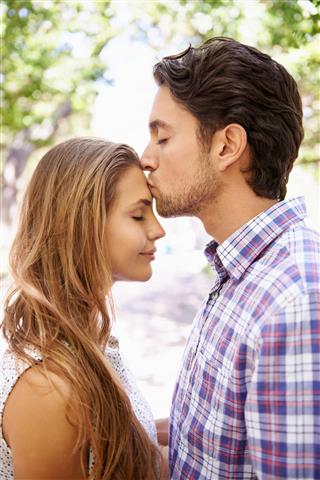 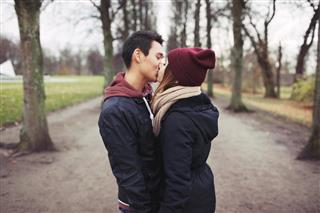 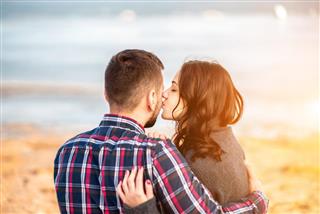