Secrets Divulged: How are Face Shape and Personality Related?

How is your face shape related to your personality? Well, people with a round face are believed to be sensitive, while those with a square-shaped face are said to be practical. Does your face really reveal how you are? Read on to know more.

How is your face shape related to your personality? Well, people with a round face are believed to be sensitive, while those with a square-shaped face are said to be practical. Does your face really reveal how you are? Read on to know more. 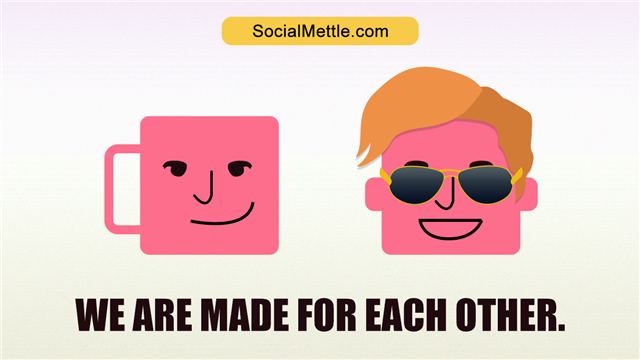 “Your face, my thane, is as a book where Men may read strange matters.”
– William Shakespeare

Well, if you consider your face to be a representation of your personality, here is some information on what your features have to say. Face shape and personality are believed to have a direct association. Certain personality traits can be deciphered from the characteristics of your face. For instance:

Here’s more on face shapes and the personality traits associated with them.

Round: Round-faced people generally have a strong bone structure, flat cheekbones, a round chin, and a wide nose. Their faces are full and have no angular features. Jovial in nature, they are sensitive, caring, sincere, and reliable. They tend to have sexual fantasies. They prefer long-term and stable relationships. They are hardworking and dedicated, mentally sharp and influential. A good family life, comfort, and luxury are of importance to them.

Oval: People with an oval-shaped face have round cheekbones, a medium nose, a pointed chin, and a face narrowing at the jaw line. Highly dedicated and people of principles, they are fearless and authoritative. They are intelligent and diplomatic and have good interpersonal skills. They may lack physical and temperamental strength.

Oblong: The cheekbones of oblong-faced people are not much wider than their forehead or jawline. Their face is straight. These people have an athletic build. There is a strong spiritual side to their personalities and they are creative. They may have complicated relationships.

Diamond: People with diamond-shaped faces are characterized by prominent cheekbones, a regular nose, and a pointed chin. Perfectionists by nature, they are confident and strong-willed. They make good leaders. They are seen to have a quick temper and are found to be unpredictable. They achieve success late in life and may not have very successful relationships.

Triangle: People with triangular faces have wide foreheads, prominent cheekbones and a pointed chin. They are active but may have less stamina. They are intelligent and lively, but driven by their emotions, they may get depressed quite easily. They are seen to be creative and sensitive. They are intellectual and slightly impatient.

Heart/Inverted Triangle: Those with a heart-shaped face have large foreheads and their faces taper towards the chin, thus forming an inverted triangle. They are self-analyzers, quick thinkers and they possess good memory. They are ambitious and they love independence. They do not have an easygoing nature. They value sincerity and commitment.

Pear: Those with a pear-shaped face have narrow foreheads and the face is broad in the region of the cheekbones and the jawline. They tend to feel anxious quite easily and need to be motivated often. They come across as warm and amiable.

Sqauare: People with a square-shaped face have a wide forehead and jaw, angular features, and typically a strong bone structure. Practical and materialistic in nature, they are very competitive. They are aggressive and rebellious and they dislike being challenged. They have good decision-making and leadership skills.

Rectangle: The rectangular-faced have a strong forehead, a wide jawline and a broad chin. They come across as slightly dominating and ambitious. They are intelligent, analytical, hardworking and they possess self-control. They are strong and active. They make good leaders.

The Chinese have their own theory of interpreting facial shapes and features.

Other interpretations of Facial features.

Here are some other interpretations of facial features.

Reading a face can be subjective. It may not be easy to describe each facial feature in terms of its shape or size, as they are relative. For example, a face may not be perfectly circular or square-shaped. An apparently round face may show a slightly angular nature. Similarly, a square-shaped face may taper very slightly towards the forehead or the chin. And talking of big, medium, or small features, there are no exact measures for them and thus, sizes are relative.

One’s face shape can give only a broad idea of his personality. The facial features may be suggestive of certain personality traits but the inferences will usually be inexact. Though one’s face is not a direct derivative of what kind of a person he is, it is definitely an interface to the self within.